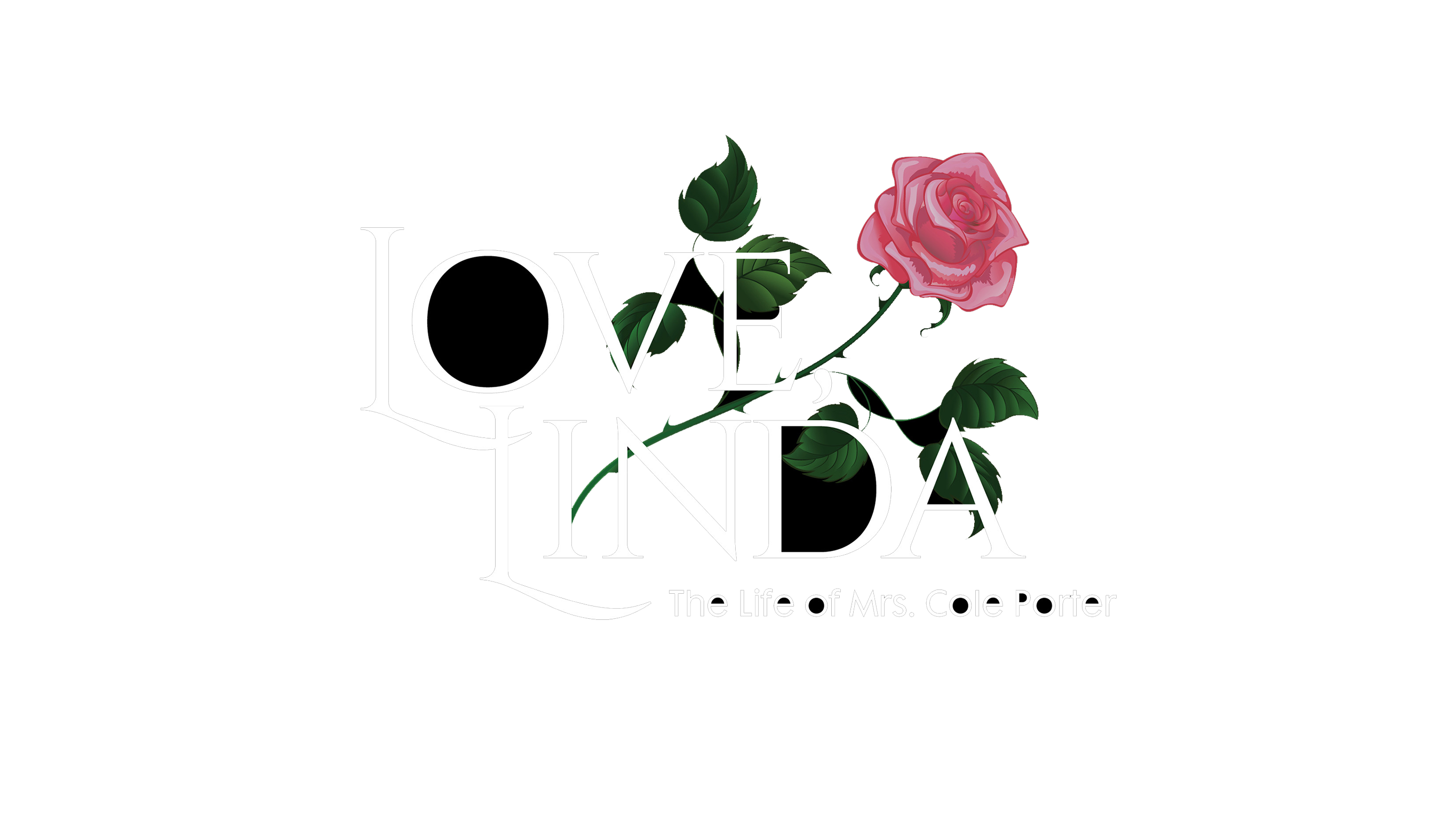 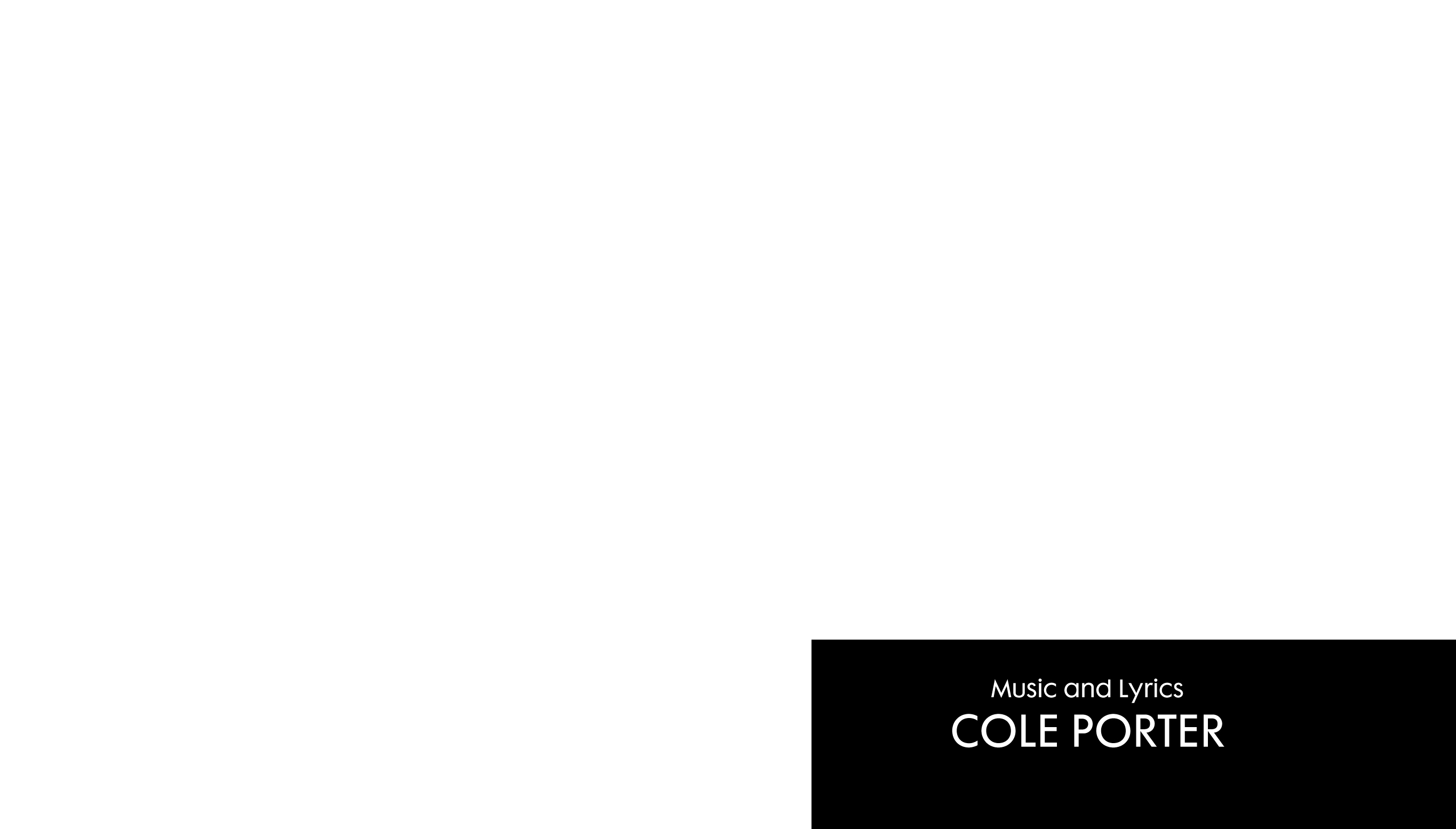 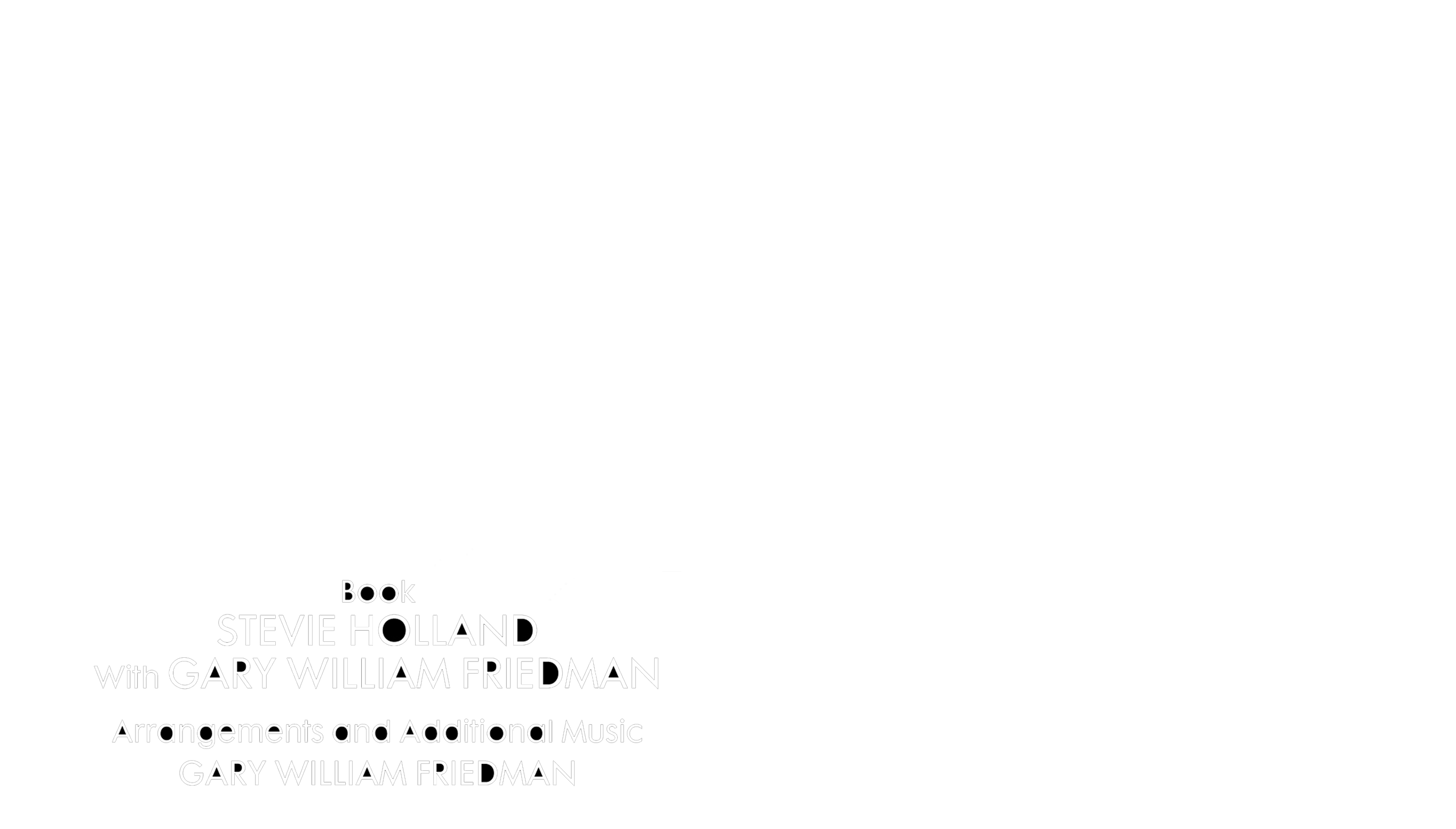 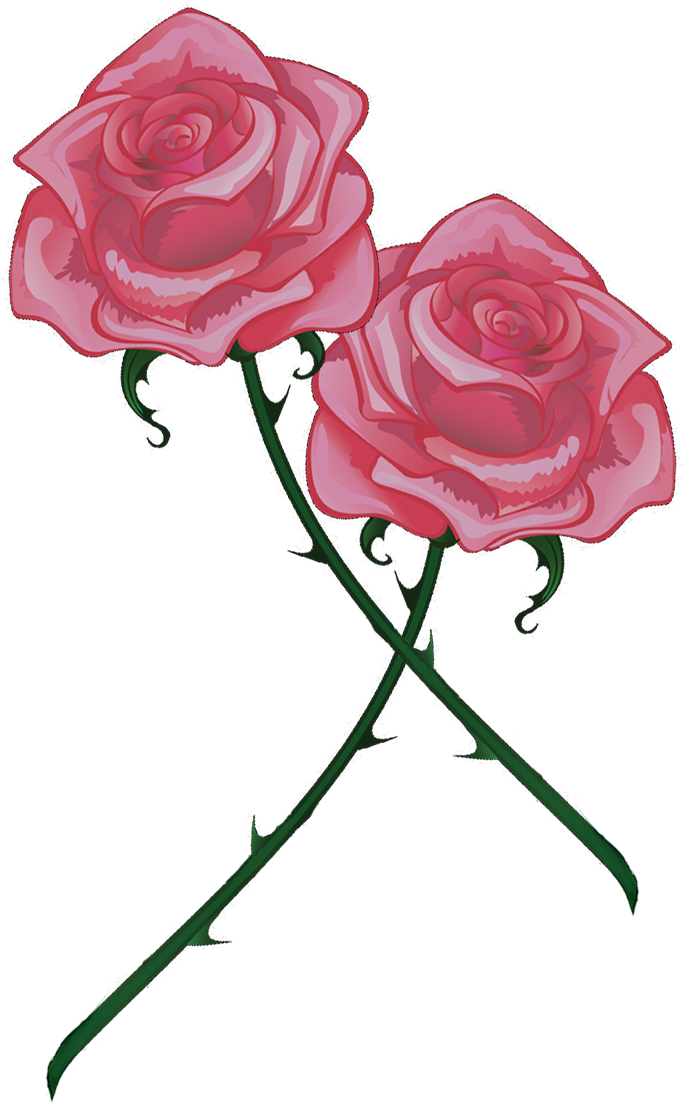 LOVE, LINDA: THE LIFE OF MRS. COLE PORTER, is a one-woman, tour de force musical and theatrical journey, created by acclaimed jazz vocalist Stevie Holland and award-winning composer Gary William Friedman LOVE, LINDA, tells the story of Linda Lee Thomas, the Southern beauty who was the driving force behind legendary songwriter Cole Porter at the dawn of the roaring twenties. Though Cole Porter was gay, their companionship and love lasted through 35 years of marriage and together they lived a spectacular, glamour-filled life. With innovative arrangements by Gary William Friedman, Cole Porter's timeless music and lyrics weave through the compelling narrative, celebrating the deep love that Linda and Cole shared, while examining the darker sides of their life. The score for LOVE, LINDA includes such beloved Porter songs as "Night and Day", "I Love Paris," "In the Still of the Night" and "Love for Sale."

LOVE, LINDA enjoyed a successful Off-Broadway Premiere at the York Theatre 2013-2014 and returned to the Triad Theater for a special limited engagement in October 2018, both productions starring Stevie Holland with direction by TONY-Winner Richard Maltby, Jr. Holland’s performance was filmed in 2021 and is streaming at Amazon Prime / BroadwayHD.

"One of the BEST
Cole Porter Shows EVER"
Robert Kimball,
Historian and Author of
The Complete Lyrics
of Cole Porter
"What I found particularly gratifying about "Love Linda" is that it told me
all I wanted to know (and I wanted to know a lot!) about Cole Porter's improbable marriage, and did it with wit, style, understanding and sympathy. All this plus a lovely bonus: The stirring Porter songs, in Gary William Friedman's sparkling arrangements, never sounded more meaningful."
Sheldon Harnick
"A clever and moving biography... A must see for fans of the great
American Songbook who want something different."
Joel Benjamin, TheaterScene.net
"An emotionally absorbing
solo show."
David Finkle,
New York Stage Review
"(LOVE, LINDA) has managed something no other musical using old songs has succeeded in doing. (Linda) makes (the songs) further HER story, makes us believe Mr. Porter had written these songs for a score emanating from it. Even songs as familiar to us as “Night and Day” and “In The Still of the Night” resonate differently…"
Richard Seff, DC Theatre Scene 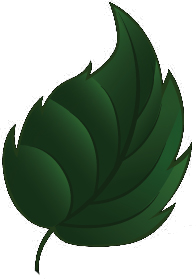 Stevie is an internationally acclaimed vocalist, performer, songwriter and recording artist. Her CD Before Love Has Gone was chosen by USA TODAY as a Top CD of the year and has been featured among iTunes' top 100 Jazz CDs of all time. Other CDs include Life Goes On and More Than Words Can Say, which charted with jazz, smooth jazz and traditional pop radio stations across the country. Holland has headlined nationally and at New York City concert halls and venues, including Dizzy's Club Coca Cola/ Jazz at Lincoln Center. Her performances have included a special invitation for the King and Queen of Norway and have crossed over to the cabaret world, earning her the BACKSTAGE Bistro Award for "Outstanding Vocalist of the Year." As book writer and additional lyricist, Holland's current musical theater projects in development include MERTON OF THE MOVIES, and a new adaptation of the Broadway musical PLATINUM, entitled PLATINUM DREAMS.

Gary is the composer of the Tony Award nominated, OBIE Award winning musical THE ME NOBODY KNOWS. Other musical theater credits include the Outer Critic's Circle Award-winning TAKING MY TURN (presented on PBS Television's Great Performance Series) and PLATINUM which starred Alexis Smith on Broadway. His orchestral, operatic and dance works have been commissioned and performed at venues such as the Kennedy Center for the Performing Arts, the Lancaster Music Festival, and the Columbus Symphony. A selection of his symphonic works has been recorded and released on the CD Colloquy. Friedman has scored feature and television films and served as Music Director for T.V.'s "The Electric Company". Among the many songs written for the show is his popular "Spider Man Theme Song". Friedman and Holland are songwriting collaborators, and he is the arranger and orchestrator for her recordings.

Cole Porter was born in Peru, Indiana in 1891. His lyrics and music are emblazoned in the pantheon of the Great American Songbook, and have inspired generations of music lovers, theater-goers and performers throughout the world. He attended Yale, where his football songs are still popular today. After an initially unsuccessful foray into New York Theater, he went to Europe, where he met, and married legendary beauty Linda Lee Thomas in 1919. Returning to New York in the late 1920's, he gained renown as the composer of some of the greatest songs ever heard on stage or screen, including, "Night and Day," Begin the Beguine," "You're the Top", and "I Get a Kick Out of You." The 1930's were highlighted by a string of sparkling scores to such shows as ANYTHING GOES, JUBILEE, GAY DIVORCEE, and BORN TO DANCE. A crippling accident in 1937 left him in constant pain, yet he continued to write memorable scores, among them, Can Can, Silk Stockings, and his masterpiece, KISS ME KATE. Porter died in 1964.

Richard Maltby, Jr. conceived and directed the only two musical revues to win the Tony Award for Best Musical: AIN'T MISBEHAVIN' (1978: Tony, N.Y. Drama Critics, Outer Critics, Drama Desk Awards, also Tony Award for Best Director) and FOSSE (1999: Tony, Outer Critics, Drama Desk Awards). With David Shire he wrote the Broadway musicals BABY and BIG, and the off-Broadway hits STARTING HERE, STARTING NOW and CLOSER THAN EVER. He was director/co-lyricist for the American version of Andrew Lloyd Webber's SONG AND DANCE, (1986) starring Bernadette Peters. He was co-lyricist for MISS SAIGON (Evening Standard Award 1990; Tony nomination: Best Score, 1991). He is co-bookwriter/lyricist for THE PIRATE QUEEN (2007). He conceived and directed RING OF FIRE, a musical about Johnny Cash, which ran on Broadway in 2006 and most recently directed the new, original musical THE STORY OF MY LIFE.

Lyle Saunders is a noted New York City Creative Director and advertising/marketing executive and has been involved in all areas of media creation and production. Lyle has produced or partnered in numerous Broadway and Off-Broadway plays and musicals and is currently represented on Broadway/Tours with KINKY BOOTS, WAITRESS, HELLO DOLLY!, DREAMGIRLS/London, NETWORK and BE MORE CHILL.

LOVE, LINDA is available for worldwide licensing through Concord Theatricals/Tams-Witmark. 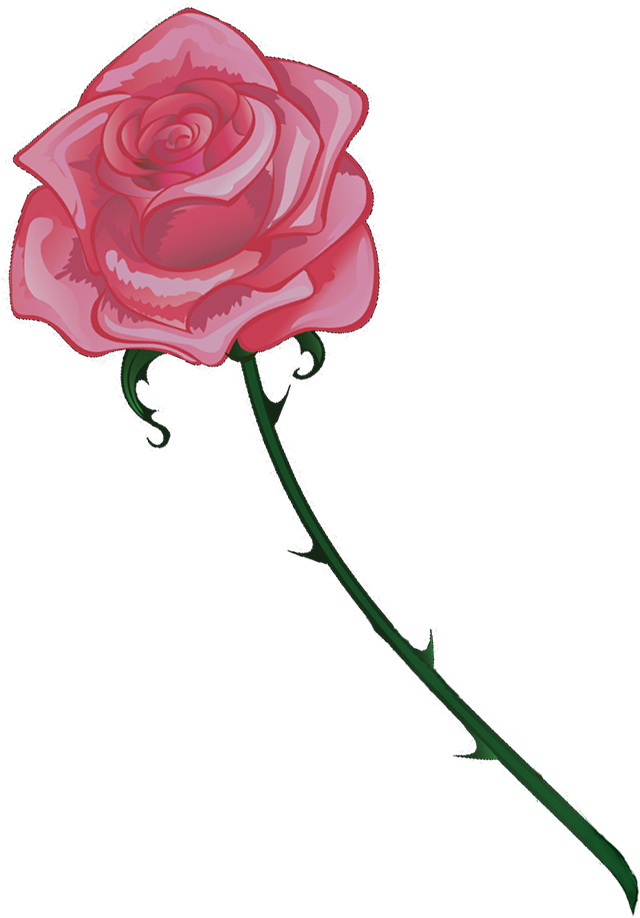 Thank you! Your submission has been received!
Oops! Something went wrong while submitting the form.
Press INquiry